I’ve been working with SmartConnect for a few years now and eConnect for another ten more before that and one fairly common thing I run into is users often want to bring in a specific distribution (typically SALES or PURCH distribution) and let the rest default.

As it turns out, that even while Microsoft Integration Manager (IM) can do this, SmartConnect cannot. (Gasp!).

Is this a deficiency of SmartConnect? Not exactly.

While the standard adapter from IM can do this because it uses the GP UI to default distributions and then loop though the UI to change the ones the user needs changed, the eConnect stored procedures from Microsoft were not written for this functionality. Because eConnect does not handle this scenario, that means that out of the box SmartConnect does not either.

From a Microsoft eConnect perspective, if you want your distributions for your GP document – you either will provide “all or nothing”.

Meaning that you either need to create all of the distributions for a document or you do not provide any and let eConnect default them for you. There isn’t such a thing as “default non-import distributions” because of this.

So thinking about it for a good while, I thought of a way where we could have our cake and eat it, too.

For this method, the trick is to leverage the fact that we can import distributions as we desire but we then let GP create a full set of distributions.

As mentioned in the previous article, doing the above will get you an out-of-balance document because it contains your imported distributions plus the full set of distributions that eConnect created. This would make the document unbalanced and overstated for the distributions.

Let us consider the documents in this source file.

The DocumentKey will be what defines each document. So “A” will be one document, “B” be another document, and “C” the last document.

In the above example, the first SOP Invoice will have one line item ACCS-CRD-12WH for $3 and two distributions for SALES for that document.

Lastly for document “C”, I left the Account Number, Amount, and Distribution Type empty. The purpose for that is for this example is that for this document – I didn’t want to change the default distributions. Our map and code should account for this possibility as well.

After running the integration and viewing the distributions for the second document: 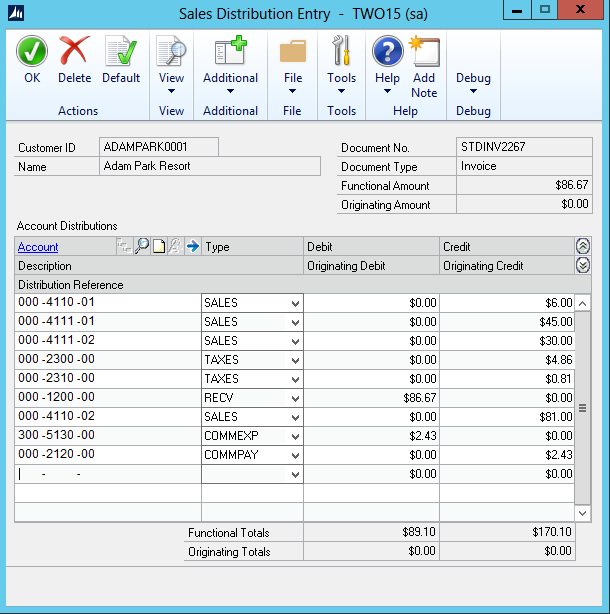 Figure 2: Document with out of balance distributions

Notice also that this document has tax and commission distributions so that if we were to use my previous method – this would be difficult to impossible to do because we likely wouldn’t know the tax distribution amounts to create since eConnect calculated the taxes for us.

Some things to note in the map to make this work:

After changing the map to add the above conditions and calculations and re-running it again, we look at the second document results again: 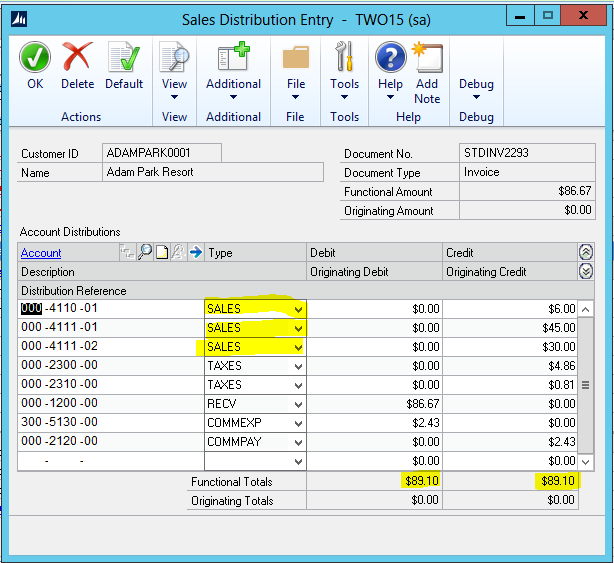 Again the three new SALES distributions have been created as before.

But this time the distributions do balance because the defaulted SALES distribution for $81.00 has been removed by our post processing procedure.

To use this map and test data with your Fabrikam data.

The map and the source file for this blog article can be downloaded here.