With the first version of SmartList Builder from eOne Solutions for GP2013 was released, we added a new Goto type called Built in Gotos. This new Goto type replaced Advanced Gotos which were used on previous versions of Microsoft Dynamics GP. A Built in Goto will allow you to use any of the Gotos that exist on any of the default Microsoft Dynamics GP SmartLists on a custom list built with SmartList Builder. This will allow you to populate windows such as Payables Transaction Inquiry, Purchase Order Inquiry, Receivables Transaction Inquiry and Sales Inquiry which cannot be opened directly using the Open Form Goto type as the fields are locked on these windows.

In addition to these four inquiry windows there are many other default Gotos that you can easily apply to your custom SmartLists using the Built in Gotos. To setup a built in Goto you need to supply a Description, choose a default SmartList and default Goto and assign the proper parameters from your source table. The examples below show how to setup the Built in Gotos on a custom SmartList to work as Advanced Gotos did on previous versions of GP. 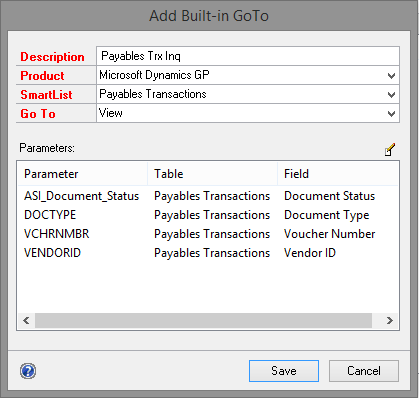 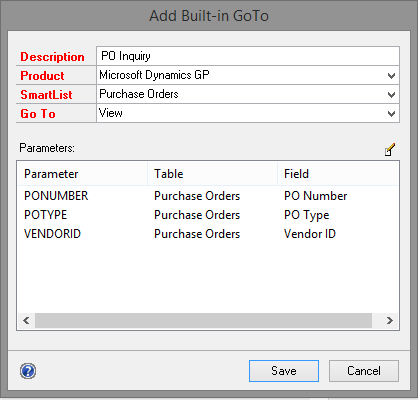 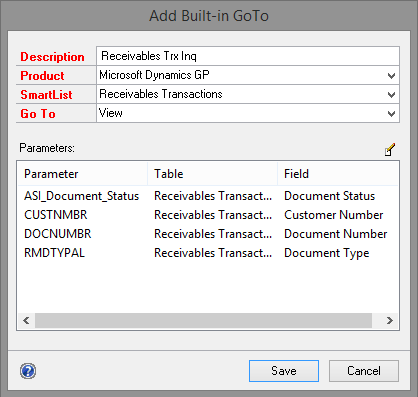 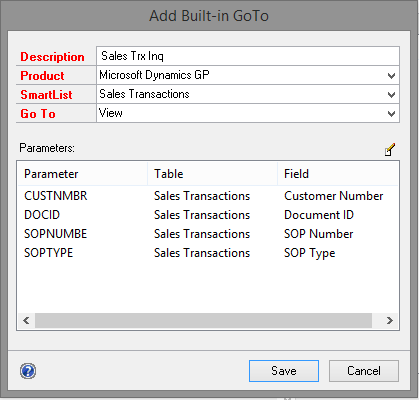 Questions? Feel free to leave a comment below. Thanks for tuning into our weekly Tech Tuesday!