Let’s look at the feature in more detail when trying to modify one of the default lists that come with SmartList such as the Vendor list.

With this new feature, you will be able to highlight any existing SmartList and click the Modify button in SmartList. 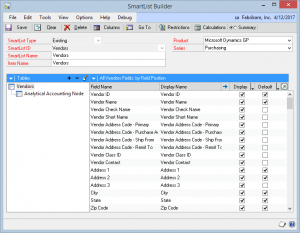 Notice that we have changed the SmartList Name and the default columns just to show the changes have happened. 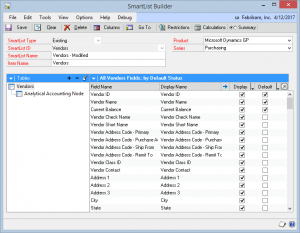 With the new ability to “modify” the existing SmartLists, you will also be able to use the setups that are used for that modifications to create new SmartLists and start with the setup from the existing ones.  There is a new table type available called SmartList that will let you pick which SmartList you want to use to start with and then you can modify it just as you would other SmartList Builder setups. 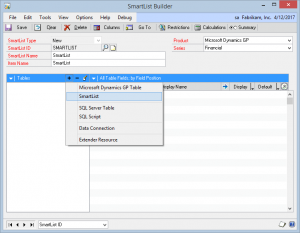 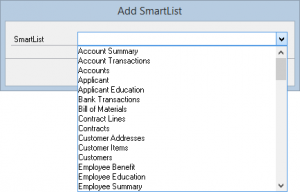