Have you ever wished that you could create a new folder to put some of your SmartLists under instead of always having them under the Financial, Sales, Purchasing, etc. series folders?

SmartList Builder will allow you to create as many new series as you wish using the SmartList Custom Series window. 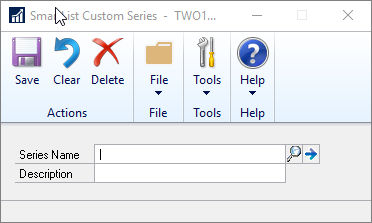 Once you have at least one list assigned to the series, you will see it in SmartList and SmartView.  The lists should sort alphabetically. 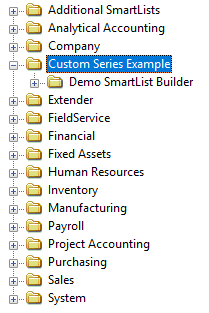 You can find more information about the Custom Series and how to use it in the SmartList Builder 2018 manual.

GPUG Summit: The most important GP conference you'll go to this year
Better Visibility Into Your GP Security