In my last blog post, we discussed the problem of a folder data source and not knowing the source file name was that each row of data in the map came from.

In that post, the source file type was a text file, so it wasn’t terribly difficult to use .NET to read the folder file names and then modify the file to add that file name as a new column.

But what if our Folder Data Source was using an Excel file?

Some of what we learned from that previous article still applies, the code to find the files in that source folder is the same.

And if we leverage a bit of code from another of my previous posts, we had adjusted the output file column header on an Excel file destination.

With those two bits of previous code, I thought this was going to be an easy project.  Well it ended up being a bit tricky with a couple of mistakes – writing/debugging this was more challenging than what I was shooting for.

And if we were going to use an Excel File Folder Data Source, I thought that we’d make it a bit more interesting to dynamically find the source folder from the SmartConnect tables as well as which sheet name it should use instead of hardcoding the paths as I did previously.

As we started off with the Customers.xlsx previously, we will again.  But this time, we want a new FileName column that our customization code will populate.  For that, we will manually edit the file and add the new column and save the new Template file.

Our source files will not have this column (well unless you can modify the source generation routine to include this information – then you won’t need this script!) and will look the same but without the new column initially.

If we think about the steps we need to complete, we would need:

To determine the source folder, we can query the FolderDataSource table. 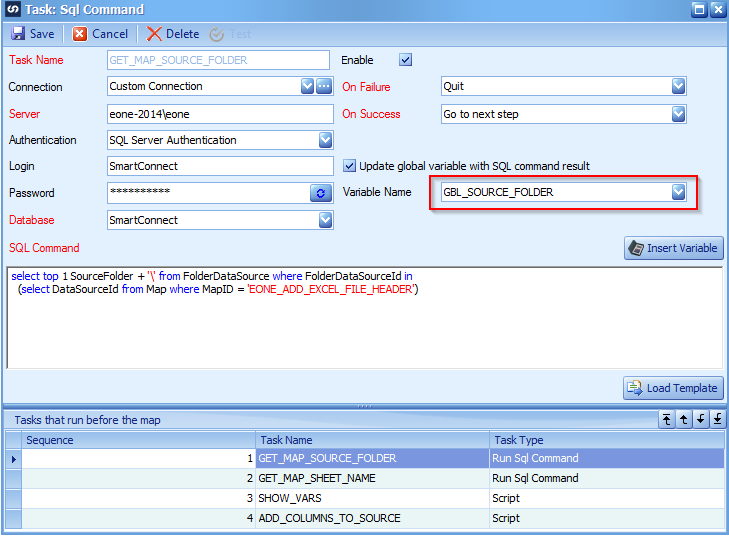 Figure 3: Get the Source Folder path

In our script, we also tacked on the trailing back slash, we could have done it here or the ADD_COLUMNS_TO_SOURCE script but I thought it best to get the entire path with trailing slash here.  Also notice that the results of this script are put into our custom global variable GBL_SOURCE_FOLDER.

The script to get the Sheet Name is similar and also put into a customer global variable – GBL_SHEET_NAME. 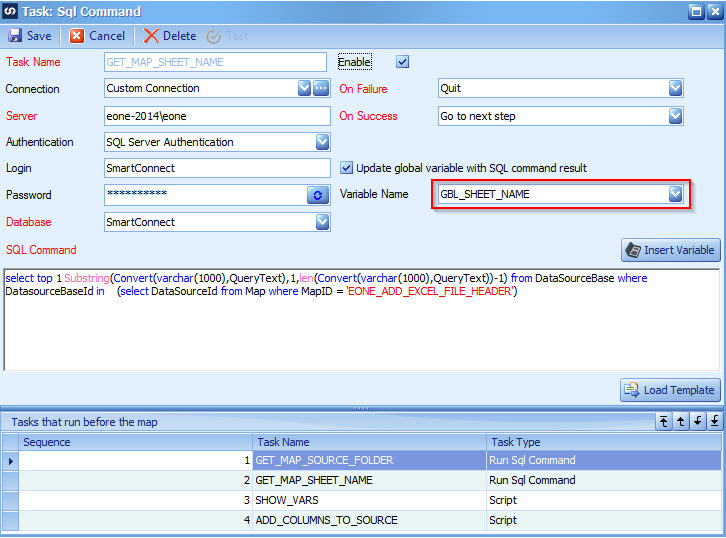 Figure 4: Get the Sheet Name selected on the folder data source

The SQL for this one was a bit trickier because the sheet name in the table is stored with the trailing $ at the end – such as Sheet1$.  When using COM automation of Excel as we are going to do in this article, we only want the actual name as seen in Excel – Sheet1.  As before, we could have easily removed it with .NET code in the ADD_COLUMNS_TO_SOURCE but thought it would be more efficient to take care of it on the SQL query right away by removing the last character.  However that was a bit trickier than expected because the QueryText field is a ‘text’ field that that doesn’t support the Substring() function in SQL.  So it had to be converted to a varchar first and then we could use the Substring() function. 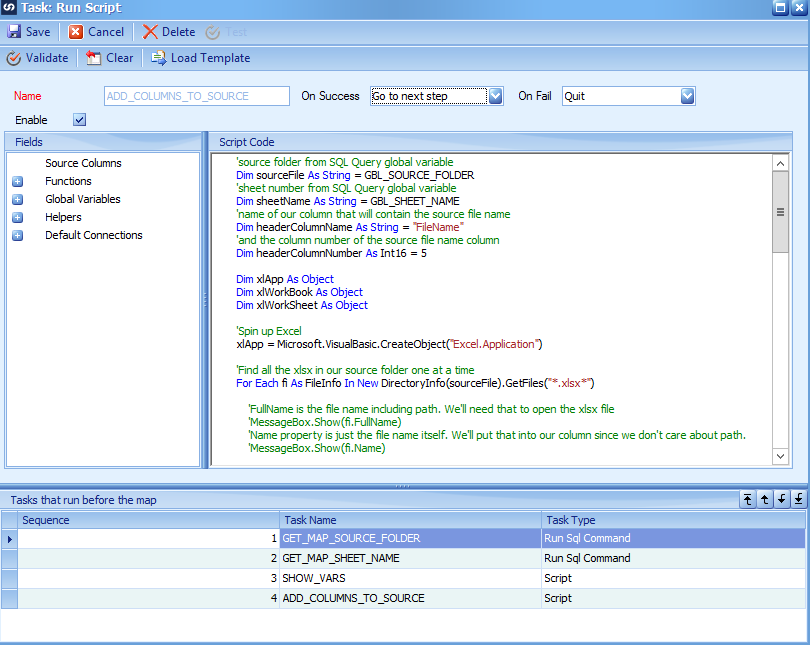 Figure 5: Where the magic happens

Some highlights of this code section include:

Interesting things that we learned in this map

You can download the map, the source files, as well as text files with copies of the scripts HERE.