A few years ago, we did a new implementation for a company whose prior software system utilized Microsoft SQL Server as the database  They had years and years of history that they wanted access to, but converting that data was going to require a lot of time and money.  So we gave them the option of just moving their existing SQL databases into the Dynamics GP SQL install and using SmartList Builder to access that data.  There was no way we could convert all that data for the price of SmartList Builder, so they decided to give it a try.

After stripping out some of the unnecessary (system level) tables, we linked SmartList Builder to their SQL data, built a couple of new objects for them and within a few hours they were querying their old accounting data right from within good old GP.  No fuss, no muss! 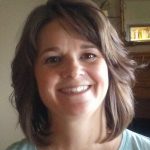 Windi Epperson is a CPA who has been supporting various accounting software programs since 1994.  She started as an internal auditor for Halliburton where she implemented an accounting software system internationally.  After leaving Halliburton, she worked for a Great Plains partner and then started her own consulting company.  That company merged with Advanced Integrators and Windi became a partner.  In 2010, she bought out the other partners and has been the sole owner of Advanced Integrators since.

As owner of Advanced Integrators, Windi wears many hats, but her favorite parts of the job are training and doing primary software support.  She loves to participate in GPUG events and hopes to help users get the most out of their accounting software.