Once in a while, my eOne SmartConnect Service stops and so the scheduled maps do not execute.
If I look in the SmartConnect Event Logs, I see a line that looks like:

Where EONE-2014 is the name of my server running the eOne service. 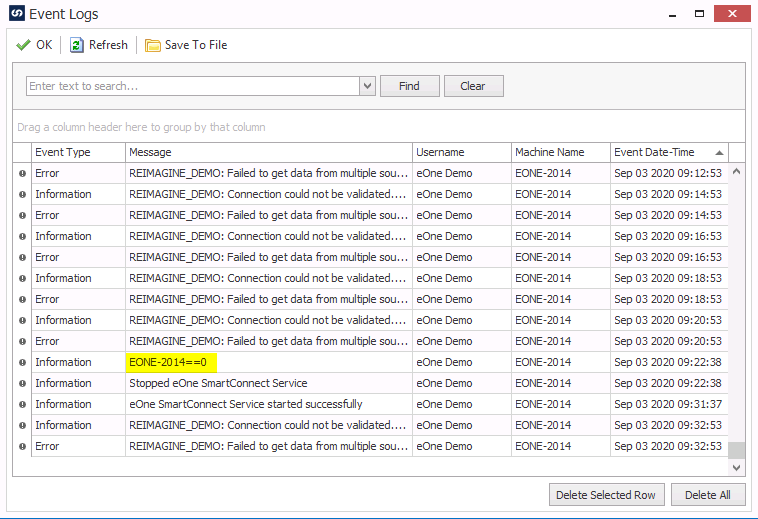 Each time that SmartConnect is going to run a check for scheduled maps to execute, it first reads the SmartConnect.dbo.ScheduleServer table and verifies that this server is still marked ServerActive = 1.

If this record is missing or else the value is ServerActive = 0, this Information message is put into the SmartConnect Event Log and the service stops itself.

Because this line isn’t written on a typical shutdown, that would suggest a user or process has modified the data in the ScheduleServer table by setting the ServerActive=0 or else deleting the record.